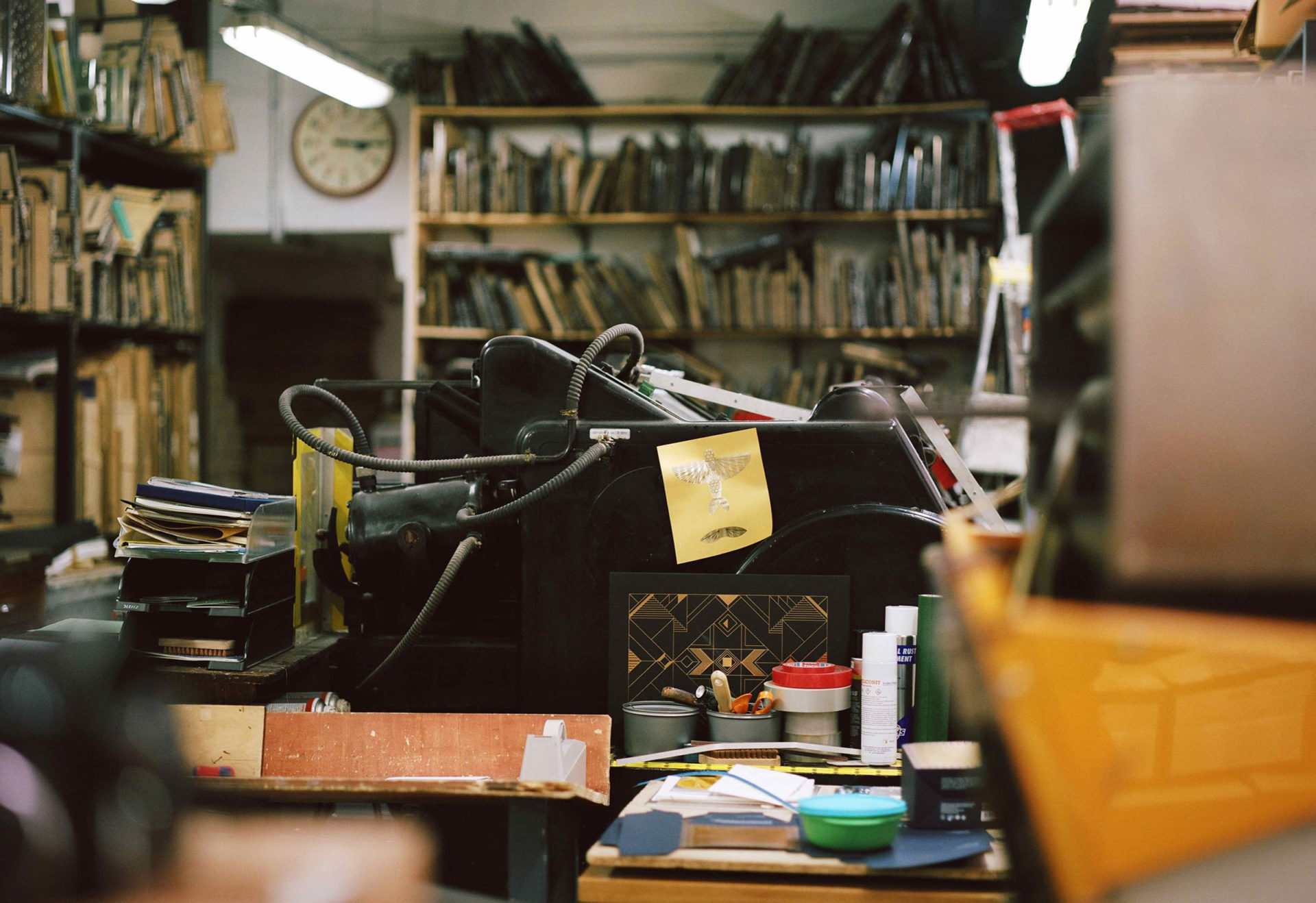 Paris’s Marais neighbourhood was once a bastion of artisan workshops. The Imprimerie du Marais on rue Chapon, once a small-scale printer of lithographs and books, remains connected to this localised history of craftsmanship. A network of ateliers provides a nucleus of specialised techniques, from gilding to colour setting to embossing, a unique vestige relative to the wave of impersonal workshops increasingly relocated to Paris’ outskirts.

Charles Przedborski bought the venue in 1971; it is currently run by his son, Jacky, who expanded the business by working with furriers and eventually high-end fashion labels. To meet client needs, he branched out from a two-colour letterpress and added workshops for hot foiling, silkscreen printing, high-resolution cutting and hand-applied finishings.

The Imprimerie makes matching invitations and envelopes in a record three days. It occasionally executes other commissions, like a bouquet wrap for a florist in Dubai, or a special set of tarot cards for the collective Gang of Witches (printed, upon special request, during the full moon). The Imprimerie also makes its own edition of notebooks, a creative collaboration with international design studios. With subtlety and savoir-faire, the sensuality of paper is heightened through texture and technique. There is no outsourcing: it is a controlled environment where all equipment is in-house and on-site. “Everything that arrives here is on a machine the next day; we are working constantly, flux tendu – the rhythm is really intense,” Melody Maby, communication and business development manager, says of the Imprimerie’s just-in-time production. The pressures of working for luxury labels and communication agencies means the rush is built right into the expertise. It seems antithetical to country’s reputation – “my first thought was they can’t be fast – they’re French,” jokes Danny O’Kane, the international client manager, based out of the London office – but, in fact, even for clients in the UK, it’s quicker to send to Paris.

The Imprimerie is known for its flawless execution, but even more so for being unintimidated by complex design requests. The workroom process is experimental, and radical ideas are encouraged and celebrated. The workshops are not shy about dismantling common techniques so that conceptual ideas can come to fruition. Making prototypes means mixing intricate arts and crafts with ambitious problem-solving. “They’re allowed to do what they want,” Maby says of the artisans, “as long as no one breaks the machines… We want everyone to push their work and their knowledge as far as they can. We valorise that.” 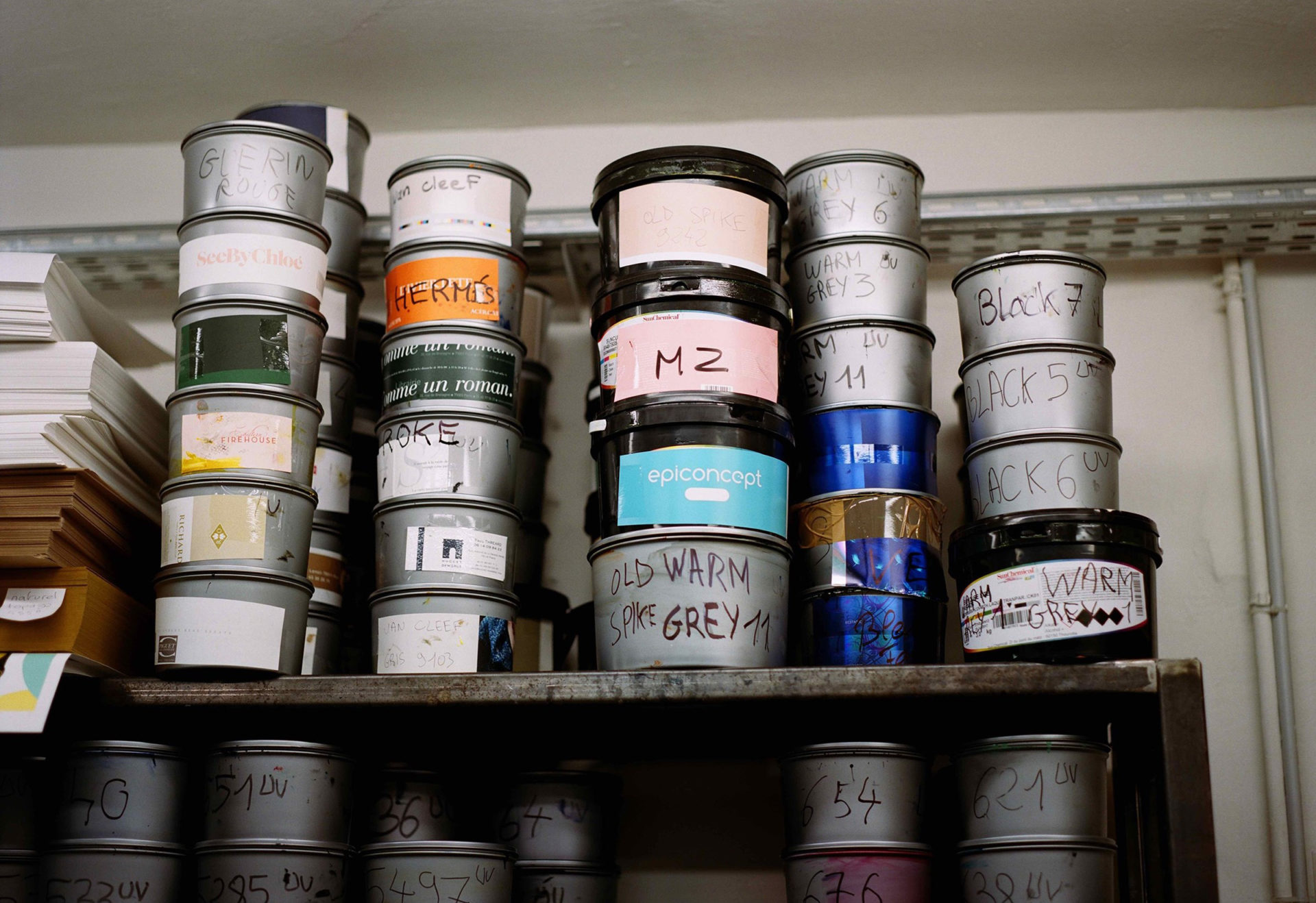 Throughout the ateliers, there are rainbows of splattered paint pots and bolts of shimmering paper. Assorted machines produce an almost cartoonish soundtrack of bumping and churning and heaving and sighing. Old letterpress machines from the founder have been preserved, now used for die-cutting and fashioning special shapes. The five-colour UV printing press prints on various materials, and the ink functions like quick-dry nail polish. Two different approaches are applied for gilding: one using diamond-point engraved brass (contoured effect) or magnesium flat-poured into an acid bath (smooth effect). There’s a specialised Singer sewing machine for stitching paper together – manned by an employee who used to hand-sew Chanel bags. On the other side of the street, the heady smell of paint announces the screen-printing atelier, sharing workspace with specialists who create bevelled frames and laser-cut fringes.

The Imprimerie’s willingness for risk-taking is unparalleled by other printers; thus, Maby estimates 90 per cent of projects that are commissioned have some degree of complexity. Complexity means synchronicity and careful layering of skills in-house. To produce a Best Wishes card for a brand within the LVMH portfolio, tasks were required from five different workrooms. “Companies want to show that they are exclusive, and paper brings that exclusivity,” Maby notes. “Paper is, in a way, the first link to clients: a first touch.”

At client meetings, a box of samples doubles as a treasure chest of creativity and avant-garde ideas. “There’s a competition to have the coolest look – and we help with that,” Maby notes. An invitation from COS is a plexiglass rectangle onto which an ultra-thin rainbow hologram sticker has been applied. JW Anderson commissioned a card dotted with bright blue glitter hearts. Paco Rabanne used heat-reflective plastic sheeting for a new year’s card. A rose from Ulla Johnson’s collection inspired a 3D raised floral notebook cover. An Acne invitation featured cherries as a pop-up silicon patch. A Kenzo fashion show invite for the Memento 2 collection reproduced the effect of a Japanese estampe, the colour for which was mixed on the screen itself, yielding an individualised effect for each of the 700 cards. The brand liked it so much they requested a poster version (which has turned up on eBay). An upcoming luxury Maison press kit involves an assemblage of custom paper clips and superposed translucent glassine paper on other materials, which required a week of gathering and hand-folding.

Although the Imprimerie does not create the designs, they watch the visual trends of time change through their clients. “Right now, it’s about lightness, texture, tone-on-tone,” Maby remarks. “A subtle aesthetic.”

Ultimately, regardless of trends, Maby affirms of the Imprimerie: “It’s always about struggling with our hands and minds to find a quick, beautiful solution that embraces new techniques, every time.” 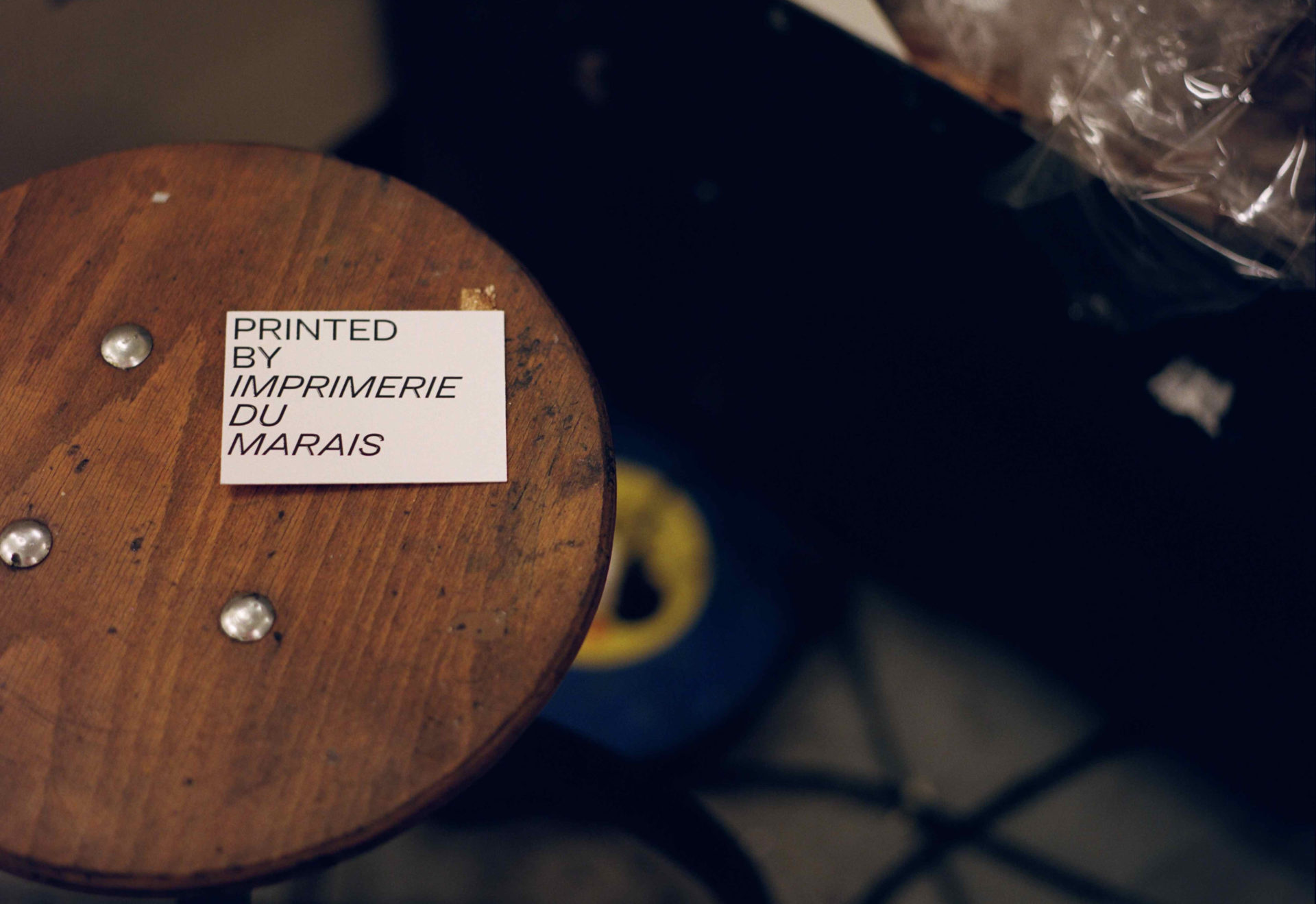 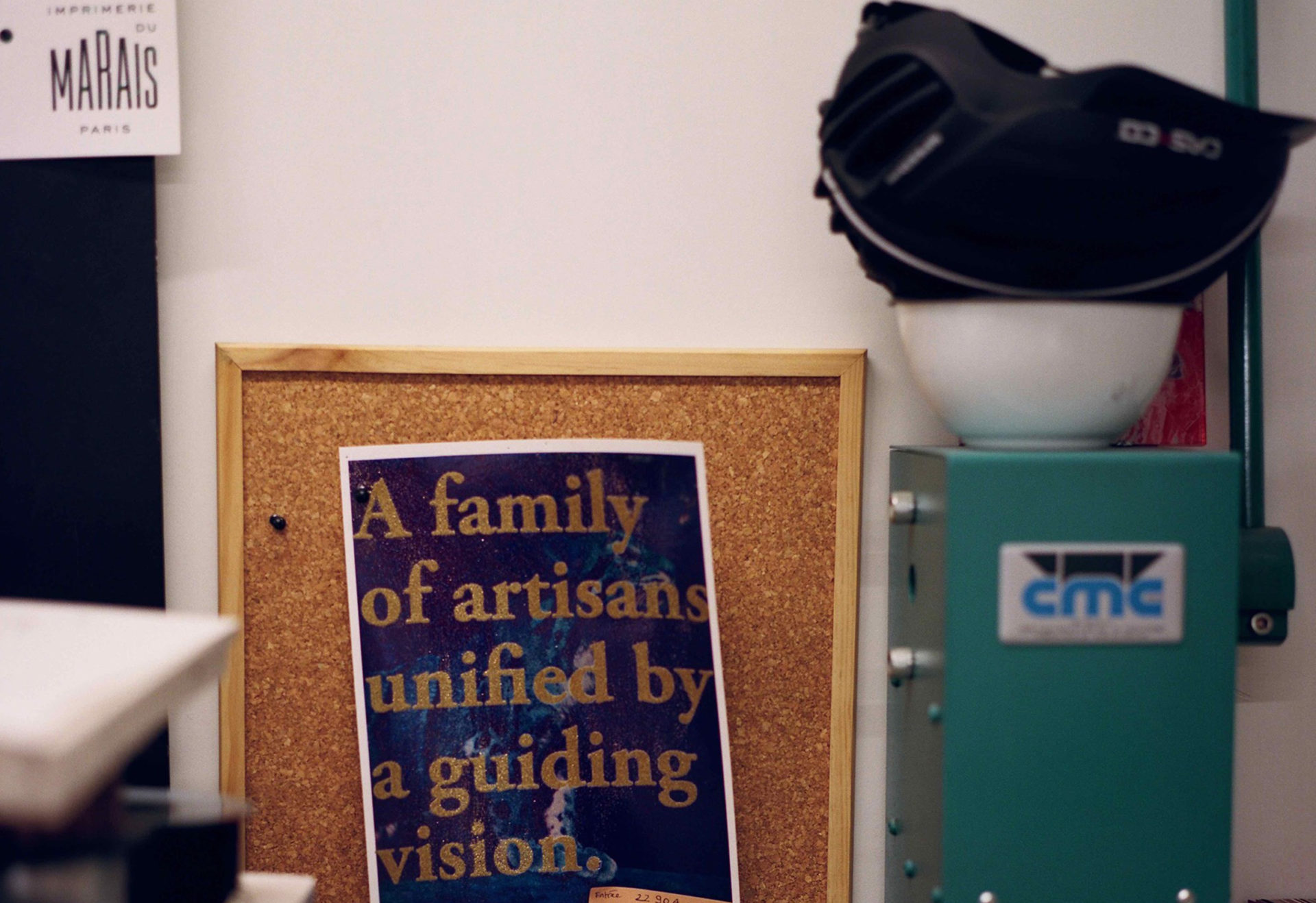 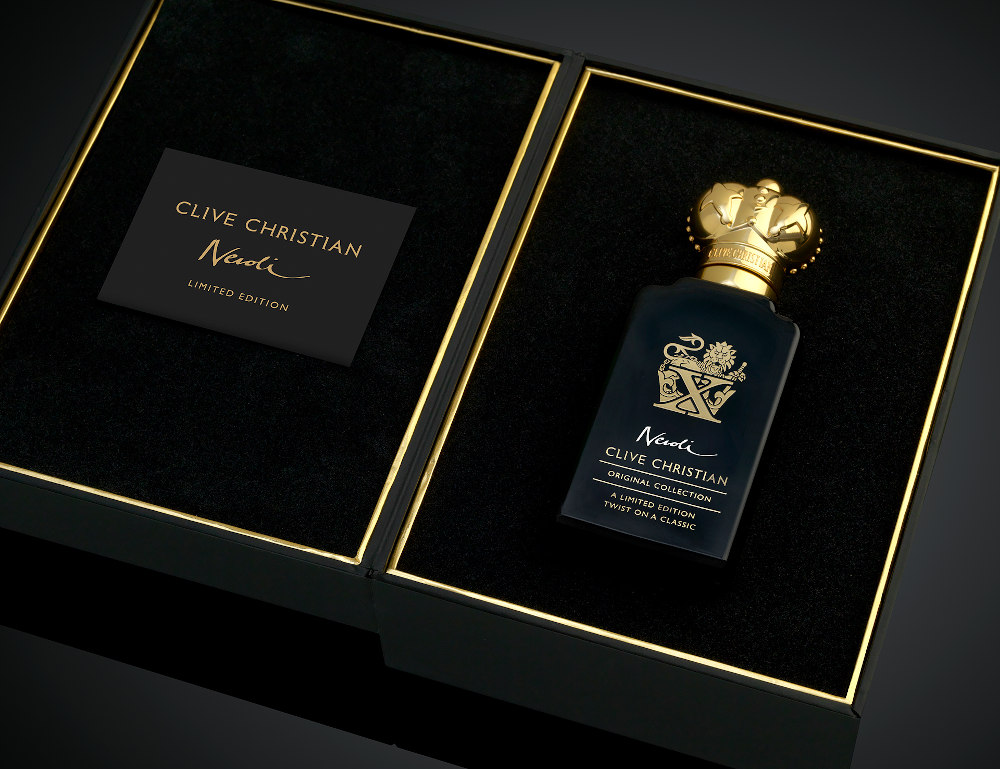 Ils sont minuscules, charmants, ourlés d’argent ou d’or, marqués d’un emblème si fin que seule notre Imprimerie fine savait les produire.
Lire l'article
'
We use cookies on our website to give you the most relevant experience by remembering your preferences and repeat visits. By clicking “Accept All”, you consent to the use of cookies.
CookiesAccept
Manage consent

This website uses cookies to improve your experience while you navigate through the website. Out of these, the cookies that are categorized as necessary are stored on your browser as they are essential for the working of basic functionalities of the website. We also use third-party cookies that help us analyze and understand how you use this website. These cookies will be stored in your browser only with your consent. You also have the option to opt-out of these cookies. But opting out of some of these cookies may affect your browsing experience.
Necessary Toujours activé
Necessary cookies are absolutely essential for the website to function properly. These cookies ensure basic functionalities and security features of the website, anonymously.
Functional
Functional cookies help to perform certain functionalities like sharing the content of the website on social media platforms, collect feedbacks, and other third-party features.
Performance
Performance cookies are used to understand and analyze the key performance indexes of the website which helps in delivering a better user experience for the visitors.
Analytics
Analytical cookies are used to understand how visitors interact with the website. These cookies help provide information on metrics the number of visitors, bounce rate, traffic source, etc.
Advertisement
Advertisement cookies are used to provide visitors with relevant ads and marketing campaigns. These cookies track visitors across websites and collect information to provide customized ads.
Others
Other uncategorized cookies are those that are being analyzed and have not been classified into a category as yet.
Enregistrer & appliquer